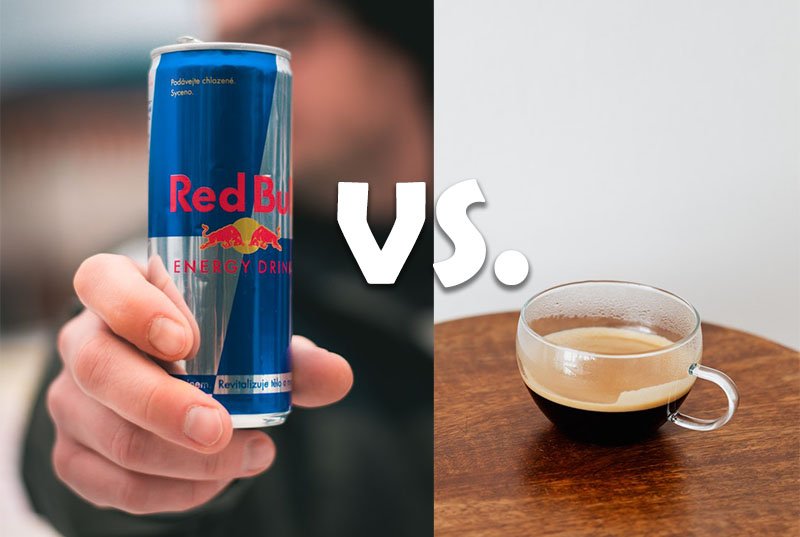 Red Bull sells around 7.5 million cans of its energy drink around the world per year. First introduced in 1975, it’s the most popular energy drink. Teenagers and adults alike drink Red Bull. Whether they’re pounding one down to make it through a long shift at work or need it to get through a late-night stream, Red Bull is very popular. It’s even made its way into alcoholic beverages such as Jaeger-Bombs, Vodka Red Bull, and the Bull Rider.

Similarly, people around the world drink coffee every day. It’s estimated that over 2.25 billion cups of coffee are consumed daily around the world. Just like Red Bull, coffee provides caffeine i.e. stamina for people to make it through their long workdays. Many individuals feel as if the day has not truly begun until they’ve had their cup of Joe. Haven’t you heard the phrase “sorry, haven’t had my cup of coffee yet?” As Jim Hopper said in Stranger Things, “mornings are for coffee and compilation”.

In a general speaking sense, people are very one or the other. You will have someone who is staunchly a coffee drinker and not touch Red Bull. And vice versa. Both drinks have their loyalists who see it as the true means of caffeine consumption.

Coffee and Red Bull may be similar in the sense that they both contain caffeine and both feel essential to those who drink it. However, the two drinks differ as far as nutrition, health effects, and caffeine content. That’s what we will be exploring in this article – energy drink vs espresso/coffee. Who comes out the winner? And are either drinks safe to drink?

First, let’s start with the nutrition that each drink contains. We’ll start with the Red Bull drink. It should be stated that Red Bull has their original energy drink, as well as different flavors. Red Bull also comes in different sizes and does a sugar-free option.

A standard can of Red Bull is 8.4 ounces. Here are the nutritional values as stated FoodData Central:

As mentioned before, there is a sugar-free option for Red Bull. Red Bull’s sugar-free option is sweetened with artificial sweeteners to make up for the taste. In a sugar-free 8.4 ounce can, you’ll find that this Red Bull has 13 calories and 2 grams of carbs. All of the other levels are slightly less than its full-sugar companion.

Also note that both the standard and sugar-free options contain taurine, which is an amino acid that can enhance exercise performance.

Now, let’s get into coffee’s nutritional facts. One cup of coffee is typically 240 mL. A single cup of black coffee only contains2 calories – most calories with coffee comes from the added sugar and creamers people typically add to the beverage. Coffee contains trace amounts of minerals, including about 14% of the daily value of riboflavin.

What is the amount of caffeine in Red Bull vs Coffee? Let’s take a look.

It should be noted that depending on what coffee you get, the caffeine can fluctuate. But, if we’re looking at the standard coffee vs Red Bull, you’ll see that coffee is the winner when it comes to caffeine.

People are able to safely consume up to 400 mg of caffeine per day. The equivalent to this is 4 cups of coffee and 5 standard cans of Red Bull.

Pros and Cons of Red Bull

Pros and Cons of Coffee

Red Bull vs Coffee: Who Won?

Converting people from giving up one drink for another is probably impossible. And in reality, both drinks have their own pros and cons. So, to say someone came out as the winner is completely subjective. Like with alcohol, caffeine should be consumed in moderation. By doing this, you can enjoy the actual benefits and reasons why these drinks were invented. Having one is fine, it’s when it’s overdone that both become unhealthy.