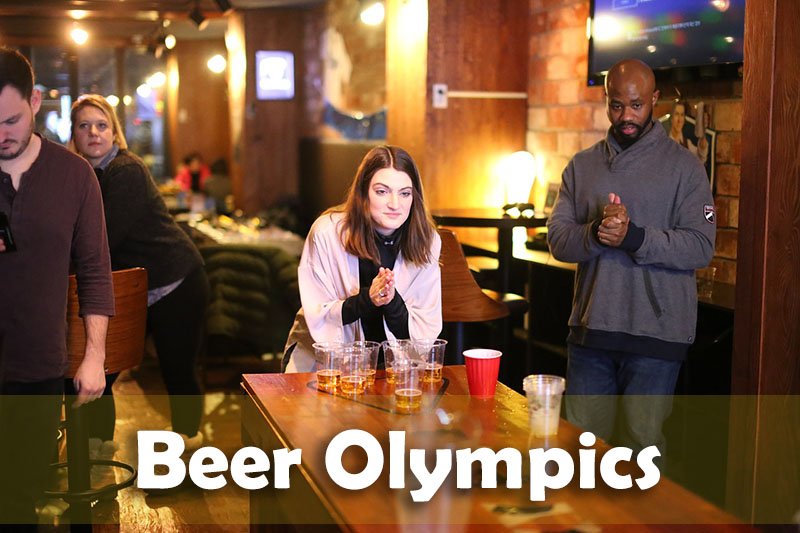 If you think that becoming a part of the Olympics is great, if you are competitive but also want to that all with your friends, the best deal here for you is to host a beer Olympics game and do it right! The reason why we want to focus on this is that this is a sacred event and it should follow all the protocols if you have decided on doing it! Hence, for your ease, we have combined all the necessary information, from hosting the party to selecting the beer Olympic games, we have got you covered!

When we said that you need to follow the proper protocol, we meant it! Go through these pointers and make sure you have everything prepared beforehand. Additionally, if you and your friends are competitive, you need to be very particular with the rules which we will discuss in a bit, so make sure to put in the right amount of effort required to make this beer Olympics fun and competitive at the same time!

The first and foremost thing you need to do is to have your teams made. There are some specific rules for making teams as well. For example, the events that you will be incorporating will need a minimum of 4 players per team, it can be more than that as well, but we would recommend having 4-6 players in each team.

Once you have finalized the teams, make sure to have your own identities. Ideally, people select countries that they will be representing, and as the host, you get to choose the USA because why not. However, if you think that your friends would never agree on selecting any other country, you can discard the whole concept and have a more creative way of representing your team name!

Once you are done with the names, make sure to wear something that defines your team, because let’s be real, you all will get super drunk super-fast and it’s better to have an alternative way of identifying your team members rather than remembering them!

Competitiveness is not just good but also quite need in the chain of events that you will be witnessing in this Olympics but doing so without a referee is not something we would recommend! You just need that one person who willingly decides to be the referee. This could be someone who knows for sure that they cannot handle beer games or someone who is just as competitive and controlling as Monica that getting an opportunity like this, having a chance to decide who gets to win is something they will never let go off, but they will also be fair with their decisions.

They should also know how to make a bunch of drunk people understand what happened, as this might be heavily required towards the ending games!

Music System and Other Accessories

We know that with beer Olympic games, you will need a lot more than just a music system, but we know that you will possibly not forget to get a bunch of glasses, ping pong balls and off course tons of beer, but a good music system should be on top of your list. The rationale behind it is simple; while you will need it throughout the event, you cannot even start the Olympics without it! This is because having an opening ceremony without a music system where everyone can play their walk-on song is not worth it!

Now that you have checked all the basic requirements, you’ll be sure to have a blast at the opening ceremony! All the teams will have a walk on to represent their team, and here as well, you can be as creative and fun as you want! Select the music, prepare a small act, or decide on the way how all of you will walk and own the beer Olympics from the beginning in a way that you are the only potential winners here!

The rules for beer Olympic games vary for everyone. It depends on you which set of rules you want to include, and which can be optional. Hence, we have combined a list of rules that are mostly followed by everyone. You are more than welcomed to add some of your own, subtract or tweak some rules based on your preferences. After all, at the end of the day, it is about having fun and making memories that last a lifetime!

Now that everything else is covered, let’s take a look at a number of games that you can finalize for your Olympics. You can also include games that are not a part of this list, but these are some of the most popular classic games without which, the beer Olympics will be incomplete!

Yes, we are starting with a game that needs practically no guidelines as not only are we all aware of the rules, but it is probably one of our favorite games at every party! Having your Olympics get started with this game will not only make the flow easier but will also get you all pumped up for the next more rigorous game, which requires a lot of drinking!

Once you have started the games, and are now in the zone, it is better to have a game that gives the feel of the Olympics and tells how competitive it can get. Volume chug is a game in which a big container is filled with beer for both teams; one beer per team member is added in it. The goal is to finish the container first by drinking as much as you can and passing it on to the other member.

It might sound like a game that just involves drinking, but you also need to be very mindful while playing this. For example, being the first member to start the game, you might think of drinking more than your capacity so that time is not wasted in passing it on. However, by doing so, you might make yourself weak for the next game from now only, and your speed will also get slower with time while chugging the beer. So, make sure to stop and pass at the right time!

Now that you have had enough intake of beer and it has taken a toll on you, playing flip cup will make even more sense. For those who are not fully aware, this is a game that requires all the participants at the same time. Cups are filled with beer for each member and placed in front of them. As soon as the referee gives you the signal, the first member of each team will start drinking, once you are done, you have to flip the cup. The second member cannot start until you have flipped the cup. The process continues, and the team whose last player does it first wins!

You can also watch a good video on the rules here:

Again, since this is an Olympics, even if the one that involves beer, it has to be the one that requires you to use your skills. Even if you do not think of this particular game as one which is very sporty, you can acknowledge the fact that flipping the cup when you are already tipsy is a challenge in itself!

The above games were just to give you a kickstart on how to organize a beer-based Olympics. Usually, there is a minimum of five games, and the last game is mostly relay race, which can have a beer game at each station. Some other games that you can include in your Olympics are:

Once all the games are done and the referee has made their decision, do not forget to appreciate the winning team by having a closing ceremony where they would be awarded medals and all the remaining beers!